The residency overlooks the Bilećko lake, which was artificially formed in 1968. When the lake was constructed, five villages flooded, including its houses, graveyards, and also the remains of a Roman villa with floor mosaics. In the summertime when the water level lowers, it is possible to walk on the bottom of the lake, through the remains of the flooded villages and ruins.

The small island, right in front of the residency building, then become hill that can be reached on foot. 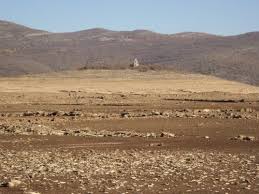 KAMEN in the newspaper

Residents of September and October

Residents of July and August

“The heart as an organ of perception” by T. Morgan

Residents of May and June

“Looking for Horses” in competition at Visions du Réel

Walk through the flooded villages

News from our vegetable garden